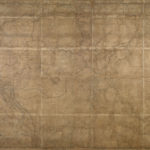 1. Drawn on the back of an uncorrected proof of Aaron Kunin’s Love Three is a grid-like arrangement of thirty-six circles. Thirty-five of them are penciled in like test answers. The rows of spheres slant left. They are the hours I have waited to see him. I turn the book […]

We Are All Tomorrowpeople: A Review of Samuel Amadon’s “Listener” 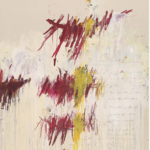 Forthcoming from Solid Objects on September 28, Samuel Amadon’s Listener is a prosodic exercise in how far the poetic “I” can stretch when the object takes on the power of the subject. This process both begins and ends with an evocation of the epic tradition that is anything but naïve […] 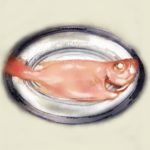 In the market near your flat, the fish are still partially alive when you buy them. The yellow-aproned woman calls you over, gesturing to the croaker, the red snapper—“so fresh! I’ll give it to you for 35 dollars!”—with blood on their gelatinous eyes, their snouts, leaking or twitching all over […]

An Interview | Shaqayeq Ahmadian on The Continuum of Life 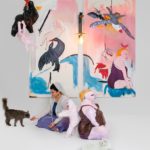 I first became familiar with Shaqayeq Ahmadian’s work after I found her page on Instagram one night in 2018. Since then, I have followed her development as an artist and we have become friends, bonding over the experience of being young women working in creative fields; however, because she lives […]

An Interview | Emily Neuberger on the Golden Age of Musical Theater 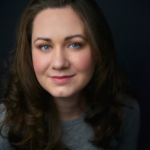 Growing up between Lake Forest, Illinois, and Long Island, New York, debut novelist Emily Neuberger dreamt of the Broadway stage. She began voice lessons early, at age twelve, and, throughout her adolescence, starred in numerous community and regional productions. She went on to study musical theater at NYU, along with […] 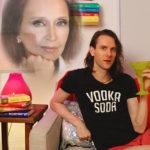 Patty Gone makes art about popular things. They have a strong curiosity for what makes people obsessed with Kim Kardashian or why people want to dress in all Gucci. Their work often focuses on different poles in culture and gender in the attempt to draw people toward some kind of […]

An Interview | Pema Tseden on Folktales, Films, and Creativity 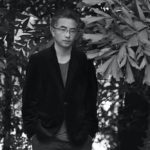 Award-winning Tibetan writer and filmmaker, Pema Tseden, makes a stop in NYC along his US tour to discuss his English-language debut, Enticement: Stories of Tibet.

An Interview | Karan Mahajan on Cricket, Distance, and Histories of the Present 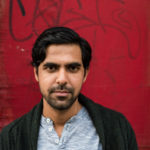 Karan Mahajan is the author of two novels, Family Planning and The Association of Small Bombs. His second novel drew me into his work through its unusual structure, in which the story radiated from the center and expanded outwards just like a bomb. When I read a novel and think […]

“Materials for Love” | An Interview with Madeleine Barnes and Michelle Maher 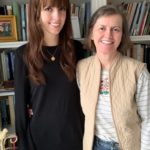 With both their debut volumes of poetry appearing this year, the mother and daughter discuss collaboration, pronouns, and the imperative not to look away. Madeleine Barnes and Michelle Maher embody an ode to the family. In the era of viral elegy, in a winter where World War III is trending, […]

An Interview | Susan Choi on Adolescence, Memory, and the World of Arts Education 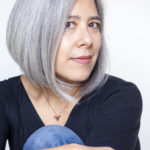 Susan Choi’s new novel Trust Exercise, a National Book Award Finalist, is a brilliant, inventive, and deeply thought-provoking exploration of the ways in which we tell our stories and the inherent tensions between individual and collective experience. 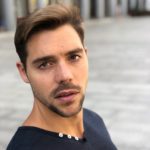 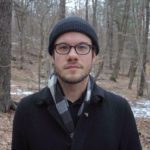 Over the past few years, I’ve seen Danniel Schoonebeek read three times, mostly from poems that appeared in his book Trébuchet. At every reading, I got the kind of spiritual and political catharsis that I’m always looking for in great writing. In both American Barricade (YesYes Books, 2014) and Trébuchet […] 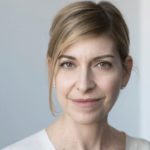 Julie Orringer is the author of two award-winning books: The Invisible Bridge, a New York Times bestselling novel, and How to Breathe Underwater, a collection of stories; her new novel, The Flight Portfolio, tells the story of Varian Fry, the New York journalist who went to Marseille in 1940 to save writers and artists blacklisted by the Gestapo. All her work has been published by Alfred A. Knopf, and her books have been translated into twenty languages. Her stories have appeared in numerous anthologies, including The Granta Book of the American Short Story and The Scribner Anthology of American Short Fiction. She is the winner of the Paris Review’s Plimpton Prize and has received fellowships from the Guggenheim Foundation, the National Endowment for the Arts, the Cullman Center at the New York Public Library, the Radcliffe Institute for Advanced Study at Harvard, the MacDowell Colony, and Yaddo. She lives in Brooklyn with her husband and children, and is at work on a novel set in New Orleans. 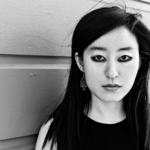 R.O. Kwon is the author of The Incendiaries, a stunning novel that explores the fresh pain of loss and the lure of the absolute. Psychologically deep and haunting, the story is set on the campus of a Northeastern college and told from the perspective of three characters: Will Kendall, a […] 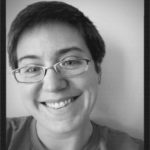 Madeleine George is an award-winning playwright and author. Her plays include Hurricane Diane, The (curious case of the) Watson Intelligence, Seven Homeless Mammoths Wander New England, Precious Little, and The Zero Hour, and have been produced across the country. She was a founding member of 13P (Thirteen Playwrights, Inc.), the Obie-winning playwright’s collective, […] 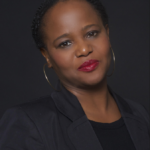 As a writer, Edwidge Danticat is revered for her elegant prose and her moving depictions of Haiti and the Haitian diasporic experience. She has written more than a dozen books, including her debut novel, Breath, Eyes, Memory, which was an Oprah Book Club selection, and the memoir, Brother, I’m Dying, […] 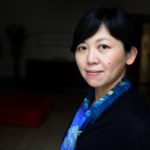 Yiyun Li is the author of two story collections, two novels, and, most recently, a book of essays called Dear Friend, from My Life I Write to You in Your Life. When I read her novel Kinder than Solitude, I was just beginning to take writing seriously, and the psychic familiarity of her characters spooked […] 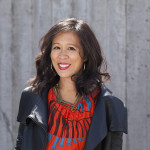 Lisa Ko is the author of the much-acclaimed The Leavers, which won the 2016 PEN/Bellwether Prize for Socially Engaged Fiction and was a finalist for the National Book Award for fiction. The novel follows the story of an undocumented immigrant woman and her child in the U.S. – a story […] 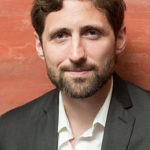 Phil Klay is the author of the short story collection Redeployment, which won the National Book Award for Fiction in 2014. He’s a graduate of the MFA program at CUNY Hunter, and a Marine Corps Veteran who deployed to Iraq. I met Phil a year after I left the military and returned to […] 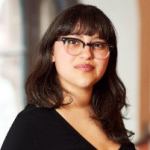 Monet Hurst-Mendoza is an accomplished NYC-based playwright from LA. Rising Circle Theater Collective, Looking Glass Theatre (NYC), Amios, Playwright’s Playground at Classical Theatre of Harlem, the Institute of Contemporary Art in Boston, and many others have developed her plays. She is a current member of the 2017 Emerging Writers Group at The Public […]