Tied Up With String | Kate Tough 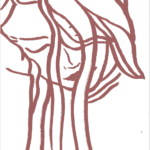 Another thing Sheridan has never gotten used to about Ross is his expressionless sex face. He’s almost soundless, too, but that’s par for the course: guys rarely make much noise except when a few beers have featured (uh-UH-I’m gonna co-o-ome!). The exception was the one who’d moaned and bucked like […]